If I Was Anywhere Near Ebola 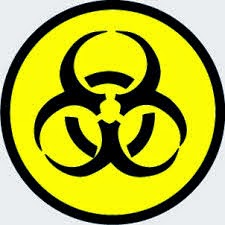 Fair enough. However, "fair" isn't always right or just, and in this particular case, the truth that "fairness" can and is often rooted in selfishness is clearly illustrated.

While it is true that we should be panicked, we should be cautious and prudent. Defense Secretary Chuck Hagel and the Joint Chiefs of Staff apparently agree, ordering that troop returning from West Africa be quarantined for 21 days.

Here's where politics begins to separate what is right and what is fair, what is prudent and what I believe is careless.

Asked about the difference in U.S. policy regarding these troops and civilian doctors and nurses returning from the region, a spokesman for the chairman of the Joint Chiefs of Staff stated that Civilian medical professionals are better able to self-monitor because of their background and training while the troops have no medical training.

Further illustrating this cockamamie is the President himself. His reasoning?

"The military is a different situation, obviously. They are not there voluntarily; it's part of their mission that's been assigned to them by their commanders and ultimately by me, the commander in chief, so we don't expect to have similar rules for our military as we do for civilians."


If Hickox is the model for how health professionals are smarter than the rest of us because of their training, I'd say this approach is a major fail.

If I thought I had been anywhere near Ebola, no one would have to put me under quarantine. I love my family, friends, and even strangers enough to do that myself.

Why in the world would I want to even remotely risk the lives of others because I could not be selfless enough to stay away from them for 3 weeks?

I hope that you would do the same.

If you have not self-educated yourself about Ebola, I suggest you do so. This article from the WHO is a good place to start. Did you know that men can transmit Ebola through their sperm 7 weeks after being declared Ebola-free? No? Didn't hear that one did you?

But hey, at least 3,000 Americans won't die from Ebola today. That would be from abortion.

George Vogt
George is a Catholic husband & father. He lives in North Texas and currently works as a Sales and Leasing Consultant for the nation's largest automotive retailer.

The views expressed on this website are mine alone and do not necessarily reflect the views of my employer. - See the Disclaimer tab on my blog.